A & J Fencing is a family owned custom fencing company and deck builder that has been servicing Moraga and the East Bay area for over a decade. 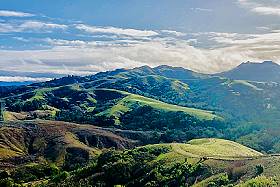 Moraga CA is located in Contra Costa County and is part of the San Francisco Bay Area. The town is named after Joaquín Moraga, a famous 18th century explorer of  California. Moraga was incorporated in 1974 from the unification of the individual  communities of Moraga Town, Rheem, and Rheem Valley.

In the early 20th century, the arrival of the Sacramento Northern Railroad opened up the city for both settlers and commercial enterprises.  The mild Mediterranean climate was ideal for crops, businesses and residents.  When the railroad was no longer in use, much of it was converted into the Lafayette-Moraga Regional Trail for recreational activities including hiking, biking, and park areas. Saint Mary’s College moved to the area in 1928 and remains one of the states’ most revered colleges.

June of 2017 saw the area declaring a financial emergency due to the existence of a sinkhole in the downtown area which cost an estimated 5 million dollar price tag to repair.