A & J Fencing is a family owned custom fencing company and deck builder that has been servicing Orinda and the East Bay area for over a decade. 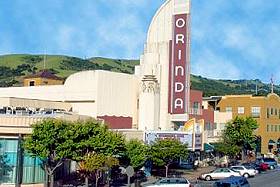 Orinda CA began as a part of 4 different land grants, and was a rural agricultural area consisting of ranches and summer cabins.  The name of the city is probably one of the most unique origins of any California city – named by Alice Marsh Cameron after the poet who’s nickname was the Matchless Orinda. Located near the city of Berkeley, one of the first official buildings, the post office, opened in 1888.  The California and Nevada Railroad had a station there before the railroad company shut down.

When the Caldecott tunnel was completed in 1937, the area of Orinda was now available for year round occupancy. Suburban professionals who settled here brought an affluent population to Orinda as they commute to their jobs in Oakland, San Francisco. and Walnut Creek. The city has a more rustic landscape, and the many parks and trails make it a destination for Bay Area hikers and naturalists.

Orinda was recently ranked the 2nd most friendly town in America by Forbes magazine.

Contact us today about your Orinda redwood fencing, decking and patio cover needs.