A & J Fencing is a family owned custom fencing company and deck builder that has been servicing Pittsburg and the East Bay area for over a decade. 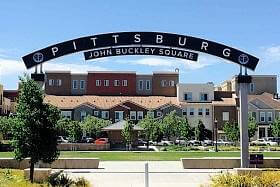 Pittsburg CA is located in the eastern portion of Contra Costa County. Originally settled in 1839, the name was changed from Black Diamond (when coal was discovered nearby) to Pittsburg in 1909 because of the industrial potential the arrival of the railroad brought.

Camp Stoneman was built here in 1942 as a gateway for soldiers heading to the Pacific Theater during WWII. This led to tremendous growth for the city. The camp stayed open throughout the Korean War, finally closing in 1954.

In 2008, the city started development on a Marina Master Plan for the Pittsburg waterfront. When completed, it will include a pedestrian promenade, commercial areas as well as a hotel. The city is particularly proud of the revival of the historic district and expanding the park system, roads and building a new Civic Center – all done at no additional cost to the local taxpayers.